Outsmart your biases: using investor psychology to your advantage

When it comes to decision making, we don’t always get it right. It is human nature to fall for several behavioural traps when making everyday decisions and also when trying to predict the future. Even the smartest people can succumb to their own biases when forming judgements and making choices.

While it’s unrealistic to expect to never again make a bad decision, we can of course recognise and anticipate possible biases so we can make informed decisions. This knowledge helps us to better understand how our mind works so we can use this information to our advantage for our next financial decisions, investments and life choices.

Here are a few of the most common behavioural biases (and therefore traps) to be aware of and tips for how to overcome them.

This bias is ruled by fear, as you are focused on what you can lose rather than what you can gain. Mark Twain posed the example of a cat who jumps on a hot stove once and never will again, even though the stove would be cold and potentially contain food later, as a way to illustrate loss aversion.

Overcoming this bias requires confidence and pragmatism, as often the fear and expectation of loss is greater than the loss itself. It can help to lower the cost of failure (for example, if you are investing) and increase the likelihood of success to feel more assured when making decisions.

On the flipside, overconfidence can cause bad decision making as it means you’ll take greater risks. Facets of this bias include an illusion of control, planning fallacy (such as underestimating how long a project will take) and positive illusions.

This type of bias is often linked to people with high self-evaluations, however anyone can fall into the trap of overconfidence. To avoid it, consider the consequences of the decision and explore all possibilities rather than just the best case scenario. Be open to feedback and advice from others to help balance overconfidence and to give you more options to consider.

Groupthink is where you are influenced by the ideas of others in order to reach a consensus in a group situation – this is also called the bandwagon effect. Something might not sit well with you but rather than voicing your feelings and being at odds with the group, you go along with it.

It is easy to get swept along with group consensus but there are ways you can minimise groupthink. Encouraging conversation and debate allows differing ideas and opinions to be considered – in a group scenario this enables everyone to have their voices heard.

Even when making a decision by yourself you can still be swayed by the opinions of others, so don’t let these overpower your instincts. Think critically and have confidence in your own analysis.

This bias is part of the serial-position effect: why we can often remember the first and last items in a series the most clearly (and forget what comes in the middle). The primacy and recency effect are intertwined for this reason, and they are often used by teachers, speakers, lawyers and advertising, in order to make their message most impactful.

Awareness of this effect can help you understand why you’re likely not using all information presented in your decision making, but only the first and last messages. Keep a record of all information to get a more accurate picture of the situation. It also helps to do your research so you won’t just be influenced by the message from one source either.

These are just some of the biases that impact our decision making, from the day-to-day to the bigger life decisions. Having a trusted adviser in your corner can help improve your financial decision making, by providing market research together with considered advice through an external, unemotional lens. In fact recent findings from Russell Investments found one significant benefit of an advisers is they prevent clients from making silly behavioural mistakes.i

We can offer guidance to help you overcome your biases and make better choices, so don’t hesitate to get in touch today on (02) 9587 7750 . 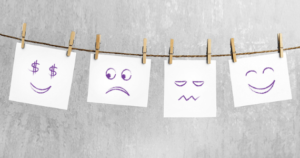 The influence of emotion on our finances 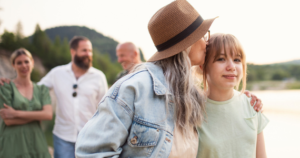 A Will to give

The advice on this site may not be suitable to you because it contains general advice that has not been tailored to your personal circumstances. Please seek personal financial advice prior to acting on this information.